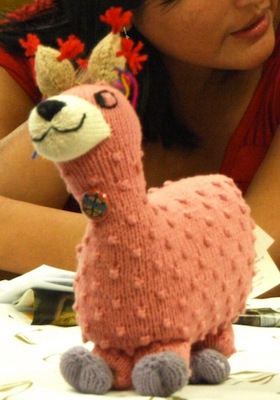 MAFTTI owes a lot to this little llama. S/he came to Mankato on May 5, 2009, taking part in a Midwest tour by two Peruvian artisans, Ayde Riveros from Huancavelica and Eva Pizarro from Lima..  Ayde and Eva told their moving stories of emancipation and the struggle for economic justice through Fair Trade. The textiles that were among the co-op items they brought with them for sale provide the colorful backdrop to this site.

Afterwards, the local Churches’ Fair Trade Network, the group that had hosted the well-patronized evening program, decided that a Fair Trade Town project should be the next step. So MAFTTI was born in June 2009 with the objective of promoting the Fair Trade Town idea in the area.

Some of the highlights of MAFTTI’s life so far have been:

This will govern the community’s policy about the use of fair trade items in food service and hospitality and demonstrates how the sisters understand fair trade to be in line with Catholic Social Teaching. 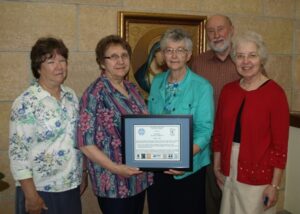